Here are some movies from the 2012 Pantomime, they are hosted on youtube, so click and enjoy!
If they don't work - mail Nick on nick_higginbottom@fastmail.fm and tell him!

The Teddybear teens rap at the picnic

The Bee song
Posted by West Lulworth Parish Council at 02:22 No comments:


This year's panto was "Goldilocks and the Three Bears" and I'm sure you will see from the photos here that we all had loads of fun (as always!) with this performance. 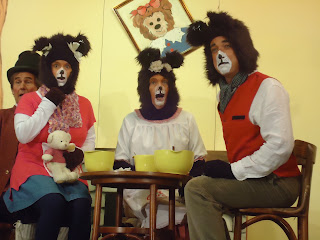 "Who's been eating my porridge?" Will Daddy Bear, Mummy Bear and Baby Bear get to the bottom of the breakfast burglary and find the cereal criminals? 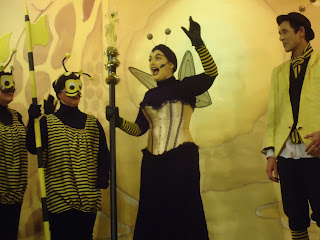 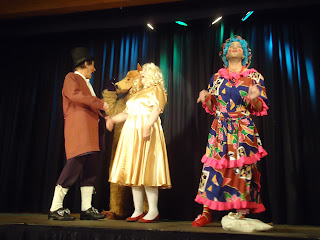 Auntie-Septic ignores the audiences cries of 'He's behind you!' as Goldie and Tom-Tom are whisked off stage by the fearsome wolf 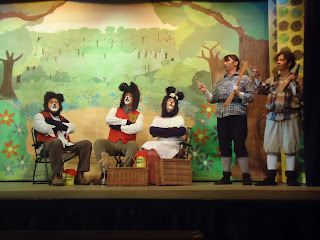 The Village Woodsmen - Splinter and Choppit - take charge of the rowdy bears at
the Teddy Bears Picnic - surely that must be a cue for a song! 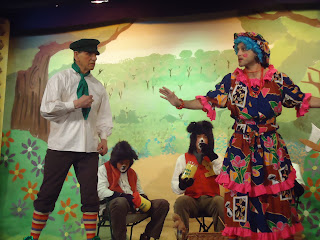 Auntie-Septic enlists the help of her son, Ray, to save the villagers, the bears, Goldie, Tom-Tom and the rest of the cast from certain destruction - she may need some more help! 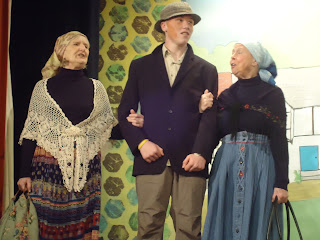 The villagers are united in their stand against the evil Queen and decide to......run! 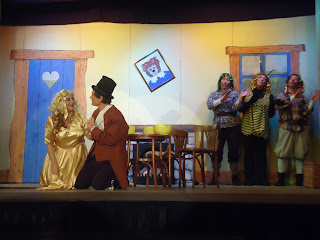 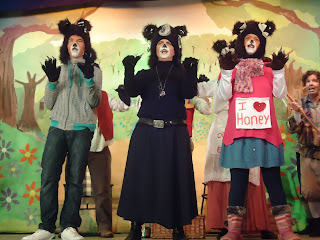 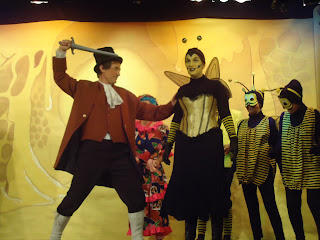 Our hero Tom-Tom defeats the evil Queen and saves the day - Hoorah! 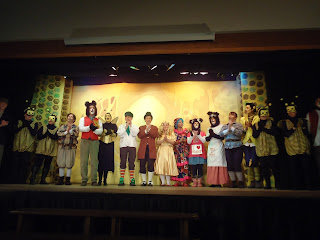 The panto ends with a rousing version of 'The Bear Necessities'.....and that's it for another year!

You could be part of next year's production - give us a call on the number at the top of the blog page if you are interested in joining the Lulworth Players.  And it's not all "Oh no he didn't......Oh yes he did".........we do a summer play too.  Come and join in the fun!

Posted by West Lulworth Parish Council at 03:15 No comments: